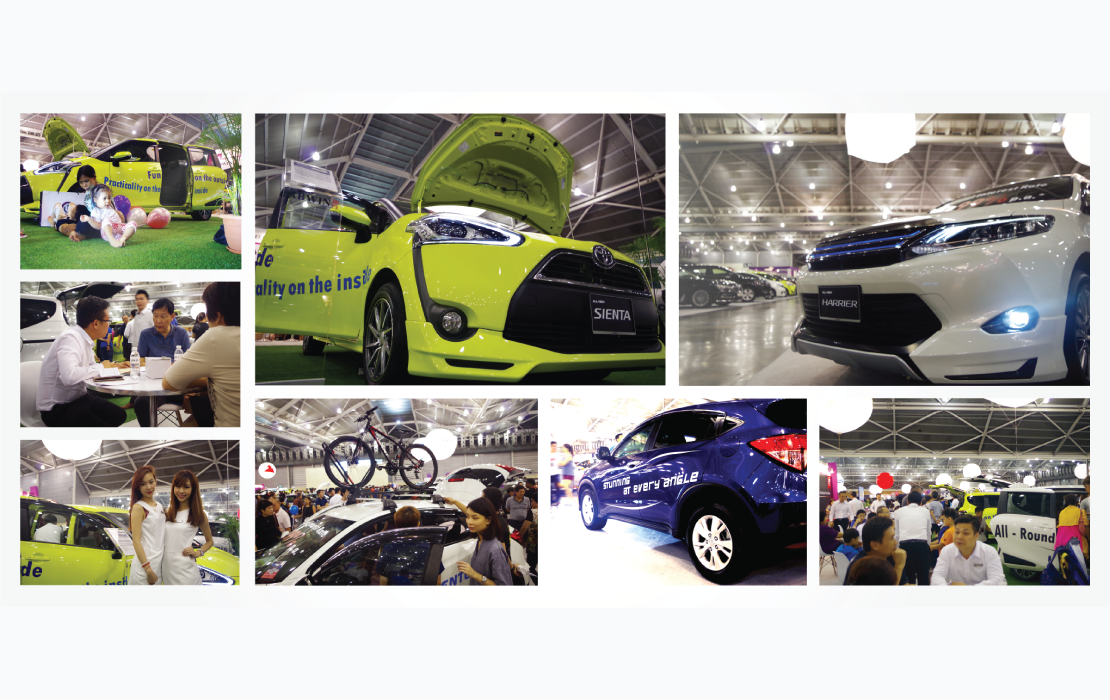 Our recent motorshow – The [email protected] 2016 was a blast! It was bigger and better as compared to last year’s with the main highlight being an event-special financing package as well as many attractive freebies. Many were seen snapping up the deal over the two-day event to enjoy great savings, even beyond the event’s closing hours!

Other highlights during the event included our three best-selling car models – Toyota Sienta, Toyota Harrier and Honda Vezel. However, it was the newly-launched Toyota Sienta MPV which captivated visitors the most, thanks to its quirky design and unique family-friendly features such as the passenger sliding doors and customisable rear seating formation. The public were also treated to an array of Sienta MPV variants like the exclusive Sienta Welcab which features a specially-designed rear ramp and rear air suspension that enables easy access of a wheelchair or convenient loading of bulky cargo items. Specially customised Modellista bodykits from Japan were also fitted onto our Toyota Sienta and Toyota Harrier for added spice.

We thank all our customers and visitors for their support during the event and hope you had a wonderful experience with us!